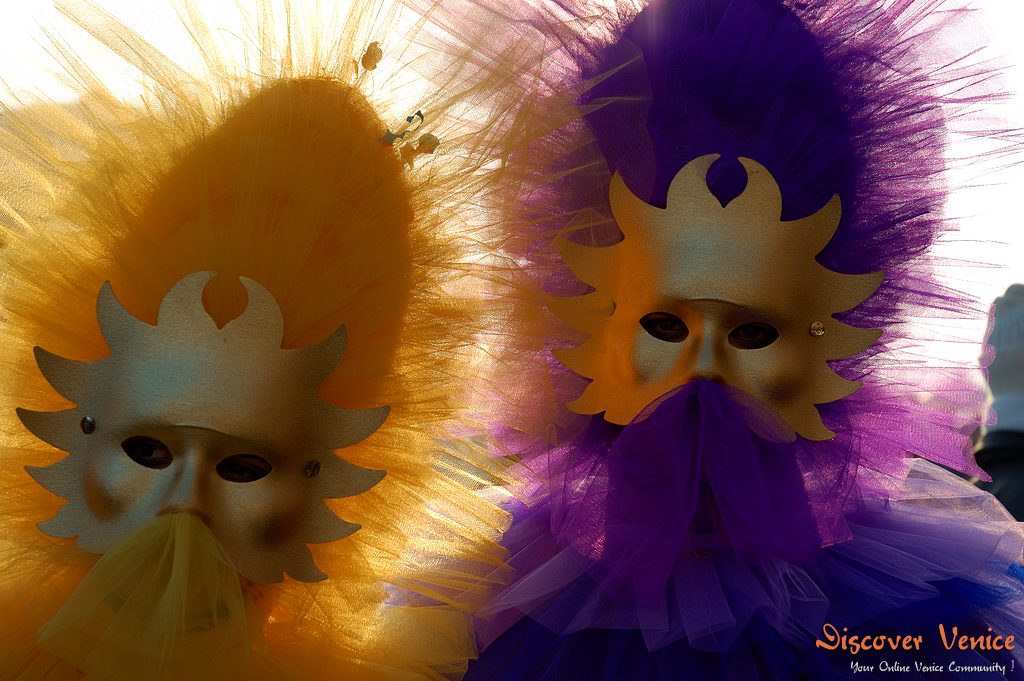 Venice is widely known for its opulent masquerade Venice Carnival (Carnevale di Venezia) annual festivities.  First held in the late 11th century as a celebration for an important military victory, the gala event became a tradition for all classes of society to party together regardless of class, gender or political power.

With everyone wearing carnival masks, it seemed to abolish all social division and even allowed some impropriety in behavior to become acceptable. Actually, Casanova was said to have been a popular figure embracing the grandiose masked costume parties of Venice.

The popular celebration was terminated when Napoleon and his troops brought an end to the Venetian Republic in 1797.  For over 182 years, the desired Venice Carnival lay dormant as the city slowly reversed into an obscure Italian city.

In the 1970s, in an attempt to revive the suffering city, the Italian government decided to bring back the most famous festivity in Europe. It hoped to restore the economic downturn and revitalize tourism in the city of Venice.

The masquerade balls and fashion shows, all sporting the elaborate carnival masks, lay the groundwork for the festivals aura.  With 30,000 people attending the Carnival of Venice daily, the measure of success each year rests with the private gala balls and parties.

The last weekend of the carnival is host to the carnival mask competition judged by a jury of international fashion and costume designers.  The winner is crowned “La Maschera piu bella”, given plenty of attention and envy, and honorably marked in the record books for that year.

Today, the Venice Carnival has grown into a much sought-after event in Italy and Venice; advanced bookings are almost a necessity to ensure attendance at most private gala balls or parties.  Practically all the exquisite balls come complete with a several course dinner, drinks and wonderfully elaborate entertainment. Both private and public Carnivale events offered are worth attending…bring a mask, rent a mask and prepare to have a lifetime event!